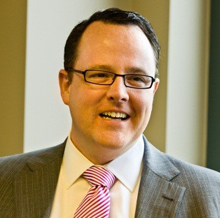 Prior to joining Deloitte Consulting in 2009, Tim was a presidentially-appointed senior executive in the White House Office of Management and Budget (OMB) where he served as Deputy Administrator for E-Government and IT. Before joining OMB in 2003, Tim served in commercial and government consulting positions with KPMG Consulting, BearingPoint, and The EOP Group. In addition to his consulting experience, he worked for the U.S. House of Representatives and The Heritage Foundation.

Tim consults Federal clients on the application of advanced technologies and associated strategies. A three-time FCW Fed 100 award winner, and two-time Fed 100 award judge, Tim has authored numerous articles on IT strategy. He is also a frequent speaker at industry conferences, on radio, and TV regarding government reform and technology-enabled transformation.