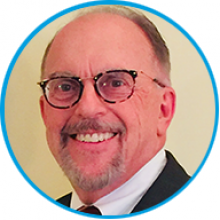 Tim is a veteran of the government professional services industry. As owner, President and CEO of ASI Government, LLC, he helps government clients leverage the marketplace through innovative outcome-focused acquisition to create mission essential capabilities. Prior to joining ASI, Tim was a long-time executive at SRA International, where he held positions of increasing responsibility that contributed to the company’s growth from $50 million to $1.7 billion. During that time, he led business units in national defense, civilian, health and commercial sectors, while playing roles in six M&A acquisitions.

Tim leads ASI’s continuing success as a mid-tier company without any federal buyer preferences in a challenging market seeking to create value in full and open competitions and in helping partner companies with set-aside opportunities win and deliver award winning performance.  ASI’s acquisition program clients have recently been awarded the DHS Excellence award and been a Finalist in the 2017 SAMMIE Awards from the Partnership for Public Service. Under his leadership, ASI is a purpose driven company helping agencies achieve their missions across the federal government.

As President and CEO of ASI Government since 2016, and for decades prior to that, Tim gained experience in financial management of businesses serving government and a strategic view of financial management and accounting principles. He has briefed Boards of Directors on company finances demonstrating an ability to understand, interpret and explain financial reports.  As a “2017 Top Volunteer,” Tim developed and has continued to mature his insights into the evolving relationship between government and industry regarding government’s investments in information technology.

ACT-IAC has been and continues to be a focal point of Tim’s volunteer service because of its compelling mission and contributions to improving government through public-private partnership. He has successfully 1) led the Acquisition Excellence Conference for three consecutive years, 2) led the ACT-IAC input to the DoD Section 809 Panel on Streamlining Acquisition, 3) led the Institute for Innovation’s current Acquisition Innovation study, and 4) led ACT-IAC’s engagement with Syracuse University with a capstone course on Category Management. He serves on the Board of Directors of the Professional Services Council, the Board of Advisors of the National Contract Management Association, where he co-led the 2018 World Congress, and the Acquisition Council of the Intelligence and National Security Alliance.  He has appeared on television’s Government Matters and The Bridge as a key thought leader in federal acquisition. He is an informal member of the network of acquisition innovators who are creating a learning, managed risk culture. His current project for the Institute for Innovation is delivering a resource, The Periodic Table of Acquisition Innovations, to foster acquisition innovations and modernization in the federal government.