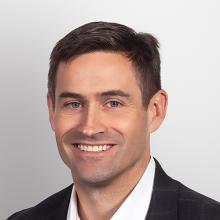 EVP, Corporate Development at NS8 & board member at Syncurity

Rick Gordon is an expert on technology investing, business strategy and early-stage venture development. He is a proven leader with more than 25 years experience in providing organizations with strategic growth.

Rick serves as the EVP, Corporate Development and the Board of Directors at NS8, and served on the board of directors of Syncurity (acquired by Swimlane).

Prior to this role, Rick served as Vice President of Product Management at KEYW Corporation, where he assisted the company in launching a commercially focused cyber security product line. Rick was also COO of Lookingglass Cyber Solutions, Inc., where he ran strategic planning and day-to-day operations of this early-stage cyber threat intelligence platform company. Previously, Rick served as Managing Director at The Civitas Group, where he was responsible for leading the commercial strategy consulting business.  Rick was also a founding board member of Invincea (acquired by Sophos in 2017).  In these roles, Rick has worked with senior private sector and government officials to solve key security challenges, evaluated emerging growth security companies for investment, and was a frequent contributor and speaker on such issues as cloud security, cyber intelligence and security innovation.

Rick was previously CEO of Tovaris, was a technology investment banker at Bear, Stearns & Co., and served as a submarine officer in the U.S. Navy. He received his MBA from The Darden School at the University of Virginia and his BS in Engineering with Merit from the U.S. Naval Academy.