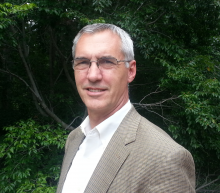 Richard A. Spires is currently the CEO and Director, Learning Tree International, a leading provider of workforce development and hands-on IT and management training services.

Mr. Spires was appointed and served as the U.S. Department of Homeland Security’s (DHS) Chief Information Officer (CIO) from 2009 till 2013.  Mr. Spires also served as the Vice-Chairman of the Federal Government CIO Council and the Co-Chairman of the Committee for National Security Systems (CNSS), the committee that sets standards for the US Government’s classified systems.

Mr. Spires held a number of positions at the Internal Revenue Service (IRS) from 2004 through 2008.  He served as the Deputy Commissioner for Operations Support, having overall responsibility for the key support and administrative functions for the IRS.   Mr. Spires served as the IRS’ CIO, with overall strategic and operational responsibility for a $2 billion budget and a 7,000-person organization.  Mr. Spires led the IRS’s Business Systems Modernization program for two and half years, one of the largest and most complex information technology modernization efforts ever undertaken.

From 2000 through 2003, Mr. Spires served as President, Chief Operating Officer, and Director of Mantas, Inc., a software company that provides business intelligence solutions to the financial services industry.  Prior to Mantas, Mr. Spires spent more than 16 years serving in a number of technical and managerial positions at SRA International.