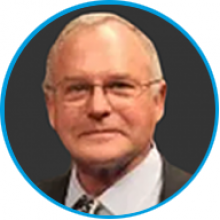 A nationally recognized expert in IT acquisition management and cloud policy, Richard Beutel has 25 years of private sector experience and was the founder and co-managing director of the Dell Government Relations Team.

Most recently, Beutel was appointed Director of the prestigious Procurement Roundtable. He is also on the Executive Committee of ACT-IAC, working to implement reforms in IT acquisitions and to accelerate the cloud first mandate.

Beutel is the original author and legislative manager for the Federal IT Acquisition Reform Act (FITARA). FITARA was signed into law in December 2014, and provides Chief Information Officers (CIO's) with unprecedented budgetary and legal authority over the operation and deployment of critical Information Technology systems across the federal government.

Previously, Beutel served for over 10 years on Capitol Hill. Most recently, he was the lead acquisition and procurement policy counsel for Chairman Darrell Issa of the House Oversight and Government Reform Committee. He has bicameral Congressional experience, previously serving as lead oversight and acquisition policy counsel for Senator Susan Collins, the ranking member of the Senate Homeland Security and Government Affairs Committee.