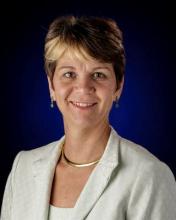 Ms. Wynn had been working in the federal CIO community since 2011 and has brought her experience working on national policy matters, information systems development, program management plus legislative and budget formulation skills to good use in her role as CIO.

Ms. Wynn holds a Bachelor of Arts in Economics from DePauw University, Indiana.