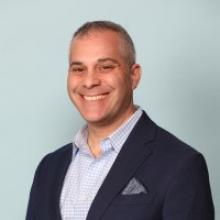 Jonathan Alboum is the Principal Digital Strategist for the Federal Government at ServiceNow. In this role, Jonathan works with federal agencies to deliver digital workflows that create great experiences and unlock productivity.

Before joining ServiceNow, Jonathan was the Public Sector CTO for Veritas Technologies.

Previously, Jonathan held a variety of senior executive positions in the federal government. His Federal government tenure includes serving as the Chief Information Officer for the U.S. Department of Agriculture, where he led the development of USDA’s IT Modernization strategy, including Cloud computing, network modernization, and enhanced information security protections for a $3 billion annual technology spend. In addition, he served as a leader in USDA’s Acquisition community, supporting the oversight, assessment, and strategic planning of an acquisition portfolio of more than 70,000 awards, worth $6 billion annually.

Jonathan also worked at GSA as the Associate CIO for Enterprise Governance and Planning and led the creation of GSA's consolidated IT organization. He began his federal career at the USDA Food and Nutrition Service (FNS), where he served as Deputy CIO and CIO. Before government, Jonathan worked as a management consultant for both PricewaterhouseCoopers and Ventera Corporation.

Jonathan lives in Arlington, VA with his wife and three children. He enjoys practicing yoga, watching the Yankees, listening to Bruce Springsteen.