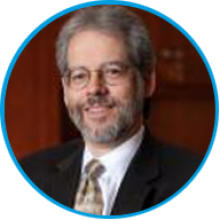 James Cook is vice president for Strategic Engagement and Partnerships at The MITRE Corporation. In this role, he leads our strategic corporate partnership interactions with the executive agencies and Congress and promotes development of new strategic partnerships with the private sector, academia, and other non-profit, associations and foundations to address public interest challenges at the federal, state, and municipal levels.

Previously, Cook was vice president and director of the Center for Enterprise Modernization (CEM). CEM is the federally funded research and development center sponsored by the Department of the and co-sponsored by the Department of Veterans Affairs (VA) and the Social Security Administration (SSA). In that capacity, Cook led MITRE's support of modernization efforts for civilian government agencies. He has established and actively contributed to partnerships with government and private sector organizations focused on Innovation; government effectiveness; and the Presidential Transition.  He also serves on the Innovators Circle for the American Council for Technology (ACT) and Industry Advisory Council (IAC) Institute for Innovation, an organization he helped ACT-IAC establish in 2012.

With MITRE since 2004, Cook served for four years as CEM’s executive director for public sector revenue and finance. He partnered with the IRS to develop a strategy to modernize IT and business functions and applied those lessons to other federal agencies.

Cook has more than 30 years of consulting, systems integration, program management, and organizational change management experience in the public and private sectors. His private sector experience in banking and financial services, along with nearly two decades of involvement with information technology for federal, state, and international agencies is the basis for his knowledge about IT modernization and IT-driven business transformation.

As an advocate for better government, he has spent much of his career helping to advance improvements in civilian agency performance and acquisition reform. He was previously a partner and executive with IBM Business Consulting and a consulting partner with PricewaterhouseCoopers, where he provided thought leadership through the PwC Endowment for the Business of Government.
In 1997, Cook became one of a handful of people from industry to receive the IRS Commissioner's Award for his leadership in helping modernize the agency’s tax administration business processes and systems.

In 2007, he received Federal Computer Week’s FED 100 award, given to the top 100 executives in government IT, for his leadership role assisting the IRS in setting a new IT direction. He also received FED 100 awards in 2014 and 2019 for his efforts to harness innovation to help federal agencies transform their missions.

He received his bachelor’s degree in marketing from the University of Maryland.