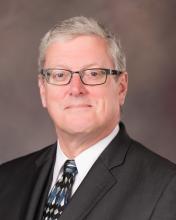 Glenn Alexander Crowther grew up in Ethiopia, Brasil, Bolivia and Indonesia where his father worked as a civil engineer. He has spent 37 professional years working on strategy and international affairs and strategy, including a decade each in the Cold War, the post-Cold War era and the post 9/11 era. He served overseas eight times: three times in Latin America, twice in Korea, twice in Iraq and once in Belgium. He has a wide variety of awards and decorations including the US Defense Superior Service Medal and the Bronze Star as well as the State Department Meritorious Honor Award and the Canadian Land Force Achievement Award. His work at the strategic level includes tours at the Pentagon, as a Research Professor at Strategic Studies Institute (SSI, the US Army's think tank) and as a Senior Research Fellow on NATO/Europe and Cyber Policy at the National Defense University in Washington, DC. He was personally selected to be a Counterterrorism Advisor for the US Ambassador to Iraq, a Political Advisor for the Multinational Corps-Iraq (MNC-I) Commander, a Special Assistant for the Supreme Allied Commander, Europe (SACEUR), a Strategic Planner directly supporting the Presidential Envoy for Islamic State in Syria and the Levant (ISIL) and the Strategic Planner for the Secretary of State’s Special Representative for Syria. He was also an adjunct Senior Political Scientist at the RAND Corporation and a Senior Analyst at Wikistrat, the world’s first massive multiplayer online consultancy.

He is currently a Visiting Research Professor at the Jack D. Gordon Institute for Public Policy and the Department of Criminology & Criminal Justice in the Steven J. Green School of International & Public Affairs at Florida International University in Miami, Florida. He is also an adjunct Research Professor of National Security Studies at SSI as well as an adjunct research professor at the Latin American and Caribbean Center at Florida International University. He also routinely travels and lectures in the United States, Europe, and Latin America.

He has published in a variety of formats and locations since 2005. In 2019 he published One Hundred Years of US Information Competition in the Fletcher Forum and the co-authored Are China and Russia on the Cyber Offensive in Latin America and the Caribbean? at New America.

Alex also has experience teaching at the graduate level. In  addition to his teaching duties at FIU, he teaches for the College of Information and Cyberspace at the U.S. National Defense University and He routinely teaches and facilitates the Cybersecurity Leadership & Strategy Certificate Program in both English and Spanish for the Organization of American States.