Skip to main content
˟
x
Alerts: Spoofing Attempt - Please be advised that some ACT-IAC information has been used in a spoofing attempt.  Please delete any suspicious emails containing signature blocks that do not match the sender's email address.

This case study explores a straightforward, yet critical question: what factors determine why some teams survive – even thrive – during a crisis, while others do not? This case study compares two small teams during crises: a group of 15 smokejumpers – firefighters who parachute into wilderness areas – and a Civil War regiment.

On August 5, 1949, lookouts spotted a forest in Mann Gulch, Montana, and called in a team of 15 smokejumpers. The smokejumpers parachuted down next to a fire that they thought they would be able to contain easily. However, the fire blew up, forcing the men to run for their lives. Foreman Wagner Dodge knew his men could not outrun the conflagration. In the moment of crisis, he did something crazy: he started another fire and beckoned his men to walk into and lay down in the middle of that second fire. His strategy was to burn off all the fuel in a small area and create a safety zone. His men did not understand, exclaimed, “To hell with that,” and continued to run. Within minutes, thirteen of the fifteen were dead. Dodge survived, but would never lead another team.

At the Battle of Gettysburg, the Twentieth Maine Infantry Regiment – a relatively inexperienced unit – was positioned on the left flank of the Union line. Badly outnumbered, they ran out of ammunition after ninety minutes. Their commander, Joshua Chamberlain, knew his men could not remain in the position any longer. In the moment of crisis, he did something crazy: he ordered his men to fix bayonets and charge the vastly superior enemy. His men understood his intentions, and they made the charge, capturing 308 prisoners and securing the position. Chamberlain won the Medal of Honor and went on to become a general.

Why did one team fail while the other succeed? In his excellent book The Leadership Moment, Michael Useem says, "Leadership is a product of today's actions and yesterday's groundwork." By examining the differences in the “groundwork” of these two groups – the smokejumpers and the soldiers – we uncover strategies for building teams that are ready and able to perform in a crisis.

* The title for this session is a nod to Norman Maclean’s majestic Young Men and Fire, the 1992 book on the Mann Gulch fire. 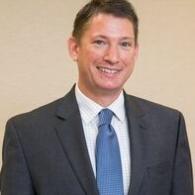