Join the ACT-IAC Health COI virtual meeting to hear from the CIO and CDO of the HHS OIG on how they complement each other's work to move the agency mission forward. At the meeting, also hear about current COI initiatives and how you can be involved.

Chris Chilbert serves as the Chief Information Officer of the Department of Health and Human Services (HHS) Office of Inspector General (OIG). He leads OIG’s efforts to employ modern technology and practices to fight waste, fraud, and abuse in federal healthcare spending. While at OIG, he has overseen the modernization of legacy networking, computing, mobile, and software infrastructure in support of the agency’s mission.

Prior to joining HHS, Chris led the enterprise architecture program at the Department of Homeland Security, spent several years as a management consultant, and served as an officer in the navy’s submarine force.

Mr. Chilbert holds a Bachelor of Science in Systems Engineering from the United States Naval Academy and a Masters in Business Administration from the College of William and Mary. 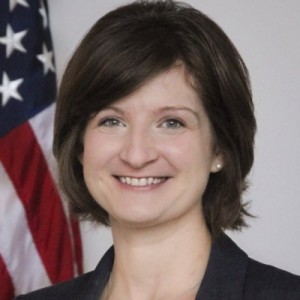 As the first Chief Data Officer for the Office of Inspector General (OIG) within the Department of Health and Human Services (HHS), Caryl is establishing an office focused on providing more and better access to data and analytics to support OIG’s mission. Her team seeks to improve access to internal and external data; accelerate analytics for use in audits, investigations, evaluations, and compliance oversight; and enhance OIG’s use of data to make more informed decisions. ‐‐‐ Prior to joining the HHS OIG, Caryl was the Deputy Assistant Secretary for Risk and Decision Analysis at the Department of Homeland Security (DHS). She also previously served as the Operations Research Division Chief at the Joint Improvised Explosive Device Defeat Organization, and led a team of analysts at the Center for Naval Analyses.   She has a B.E. in Biomedical Engineering from Vanderbilt University and a M.S. and Ph.D. in Biomedical Engineering from Duke University.