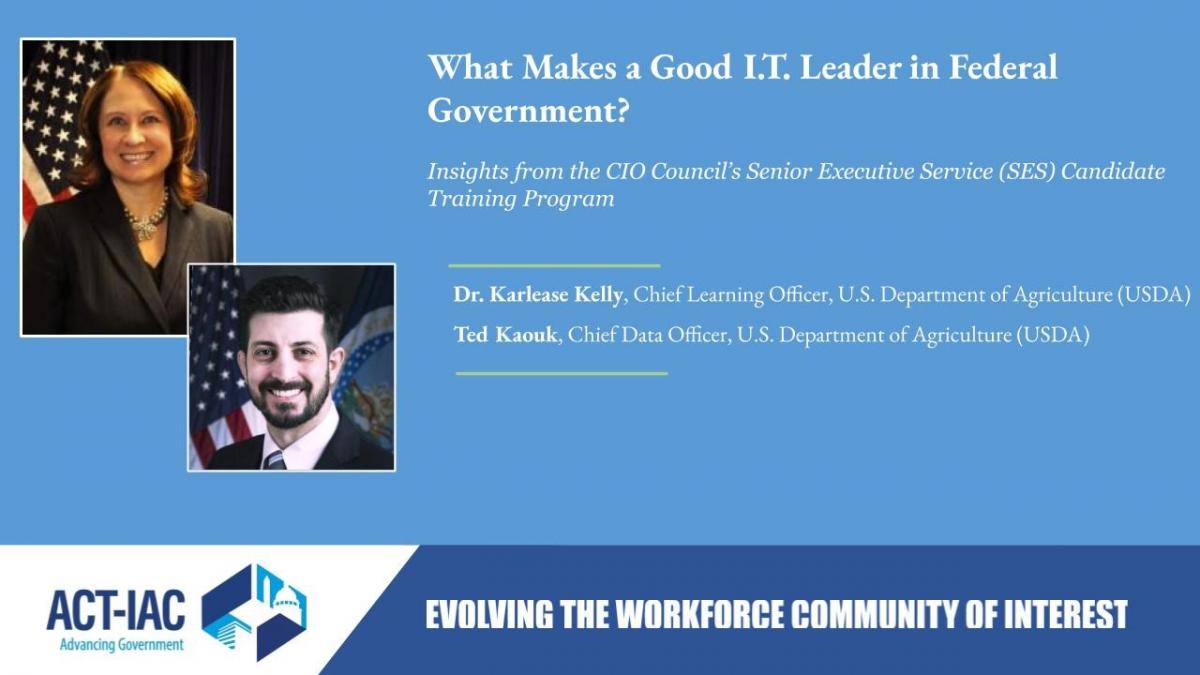 As a follow up to the GAO report and in support of the President’s Management Agenda, Cross Agency Priority goal to develop the workforce of the 21st Century, the Federal Chief Information Officers (CIO) Council, in partnership with the United States Department of Agriculture (USDA) launched a multi-agency Senior Executive Service Candidate Development Program.

In this session you will learn from two impressive Federal leaders: the first, Dr. Karlease Kelly (Chief Learning Officer at the USDA), leads the SES Candidate Development Program and is responsible for developing candidates to assume executive leadership positions with Federal CIOs/CISOs, and second, Ted Kaouk, a participant in the SES Candidate program; as Chief Data Officer, he is responsible for developing strategies that enable USDA to fully leverage its data as a strategic asset.

The session supports PMA CAP Goal 3, “Effective and efficient mission achievement and improved service to America through enhanced alignment and strategic management of the Federal workforce”. We believe you will find this session valuable as you work to optimize your agency’s workforce performance.

Remote participation information will be sent upon registration.