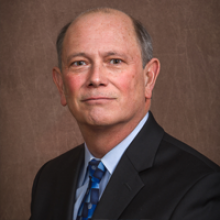 He also previously served as Managing Vice President for global government technology research at Gartner where he focused on IT strategy and governance, strategic portfolio management, and business intelligence practices in governments around the world.

From 2009 to 2014, Dave was associate administrator of Citizen Services & Innovative Technologies at the U.S. General Services Administration, where he the launch of several pioneering government-wide technology initiatives, including Data.gov, Challenge.gov and FedRAMP – the federal government’s comprehensive cloud computing security program.

Dave also served as Director for Governmentwide IT reviews at GAO.  He played an instrumental role in creating the Clinger-Cohen Act that created the federal CIO positions and responsibilities in the federal government.  He also produced several “best practices” reports including the IT Investment Maturity Model and Measuring Performance from IT Investments.

Dave McClure is the recipient of numerous prestigious awards, including the 2014 AFFIRM Career Leadership Award, the 2014 NASCIO Technology Champion Award and the 2011 Federal Computer Week Fed 100 Eagle Award for his impact on governmentwide IT. Dave has also been awarded Federal Computer Week’s Fed100 Award four times. He holds a bachelor’s