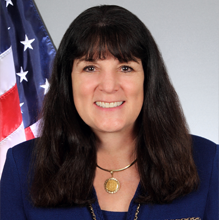 Mitzi Mead is a 30-year industry veteran whose extensive career in government services has culminated in her position as the CEO and Co-Founder of Accela Consulting.  Created in 2007, Accela is a woman-owned, HUBZone certified small business providing business development and information technology (IT) services to the Federal marketplace.

Ms. Mead’s extensive business experience spans both product and service offerings with progressively more responsibility in leadership positions at both large and small businesses in the federal government arena. With a comprehensive understanding of what it takes to be successful in this challenging and competitive environment, she is sought after for her business development acumen and extensive network.

Ms. Mead is an active member of the Washington area Federal IT community, who has devoted many years to the development of collaboration between her industry and government counterparts.  She currently serves as the Immediate Past Chair of the Industry Advisory Council’s (IAC) Executive Committee (EC).

From 2016 – 2018, Ms. Mead served one year terms as the Executive Vice Chair and then the Executive Chair of IAC.  During 2012 to 2016 Ms. Mead served as the IAC Vice Chair at Large with responsibility for the organization’s Professional Development Programs.  From 2008 to 2010 she served as the IAC Fellows Chairperson, during which time she fostered continued networking and education for the 500+ graduates (currently 900+) of the Partners and Voyagers Programs.  Her devotion to ACT-IAC’s Professional Development Programs began when she participated in and graduated as a member of the Partners’ Class of 2001 and continued when she served as Industry Chair of the 2004 and 2005 Partners’ classes and as the Vice Chair in 2003.

Ms. Mead graduated from Virginia Tech with an Industrial Engineering and Operations Research degree and is a devoted Hokies fan and supporter.  She also holds an MBA in Marketing from George Washington University.