Skip to main content
˟
x
Alerts: Spoofing Attempt - Please be advised that some ACT-IAC information has been used in a spoofing attempt.  Please delete any suspicious emails containing signature blocks that do not match the sender's email address. 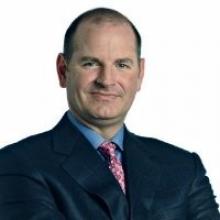 Executive editor of GovLoop's DorobekINSIDER - a blog and audio program that focuses on six words: Helping government do its job better. He is also widely recognized as a skillful moderator. He is an award winning journalist and thought leader. In 2008, his editorials in Federal Computer Week were recognized with the ASBPE national editorial award, and in 2010, he was awarded Federal Computer Week's prestigious Federal 100 Award -- the first working journalist win that award in its more than 20 year history. Most recently, Dorobek served as the anchor of Federal News Radio 1500 AM's afternoon drive program, the DorobekINSIDER. He also served as the Internet evangelist for Federal News Radio's Web site, FederalNewsRadio.com. Dorobek joined Federal News Radio in 2008 with nearly two decades of experience covering government issues with an emphasis on government information technology. Prior to joining Federal News Radio, Dorobek was editor-in-chief of Federal Computer Week, the leading news magazine for government IT decision-makers and the flagship of the 1105 Government Information Group portfolio of publications. As editor-in-chief, Dorobek served as a member of the senior leadership team at 1105 Government Information Group, providing daily editorial direction and management for FCW magazine, FCW.com, Government Health IT and its other editorial products. Prior to joining FCW, Dorobek was a technology reporter at PlanetGov.com, one of the first online community centers for current and former government employees. He also spent five years at Government Computer News, another leading industry publication, covering a variety of federal IT-related issues. He began his career as a reporter at the Foster's Daily Democrat, a daily newspaper in Dover, N.H..