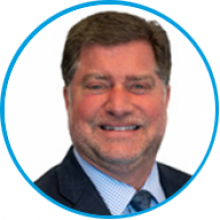 Allen Ashbey joined Unisys in January 2017 as vice president, civilian health and administrative agencies. He is responsible for successful program delivery, growth strategy, client relationships and P&L across these agencies. Allen has a diverse background with over 30 years of leadership experience in the federal and communications industries.

Prior to joining Unisys, Allen was vice president at OnPoint Consulting, a subsidiary of Sapient Government Services where he led the GWAC center, proposal and capture. Previously, Allen was responsible for Civilian teaming strategies and capture with Wyle. He previously served in many leadership roles at several large communications companies including Level 3 and XO Communications, where he relaunched XO’s federal business unit. He also managed teams through multiple mergers and acquisitions with UUNET, MCIWorldcom and Verizon across 10 years.

Allen is a recognized advocate in the market for engaging government and industry in a collaborative environment to enhance federal agencies’ mission outcomes through technology. His passion and commitment is evident in his over-a-decade of activity in industry and government organizations, including ACT-IAC and AFCEA. His many contributions in the market are highlighted by being named Industry Contributor of the Year by ACT-IAC in 2014, after his role as Industry Chair for the 2014 Management of Change conference. He graduated from Partners in 2012 and remains active in the Fellows community.