ACT-IAC is hosting the Digital Transformation summit -  a virtual two-day event set to examine the latest developments in intelligent automation and the work done to ignite low-value to high-value transformation in the federal government.

The individuals who successfully complete this program are eligible for 10 Continuous Learning Points (CLPs).

Individuals seeking CLPs may obtain their CLPs by sending an email request to training @actiac.org (mail to:  [email protected])

A review of the days agenda and key learning outcomes.

9:15 am to 9:35 am
Keynote Address: Accelerating the Adoption of Emerging Automation Solutions in Government

High-level overview of automation progress in the Federal Government, announcing the Emerging Automation solutions COI, and big goals for cross-government innovation in FY21 and beyond.

Establishing a baseline understanding for participants of emerging automation solutions including RPA, Blockchain, and AI.  this session will also highlight how the solutions are currently impacting the federal government and the potential for growth.

11:20 am to 11:45 am
BREAK
11:45 am to 2:25 pm
Emerging Automation Solutions: Industry Tools to Ignite Low-Value to High-Value Transformations - Robotic Process Automation

Industry experts prognosticating on the future of RPA including technical capabilities, Government-wide impact, and changes for the Federal workforce.

A discussion of Federal progress on implementing emerging automation solutions, the Day 2 agenda, and promise for future operational impact.

9:20 am to 10:15 am
Early Adopters Pushing the Envelope in Government

Industry experts prognosticating on the future of AI including technical capabilities, Government-wide impact, and changes for the Federal workforce

Presenters to be named shortly.

Industry experts prognosticating on the future of blockchain including technical capabilities, Government-wide impact, and changes for the Federal workforce

A call to action for Federal adoption of emerging automation solutions 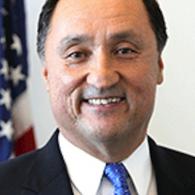 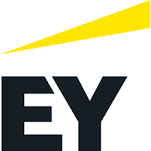 ACT-IAC complies with the requirements of data protection laws and the Privacy Act regarding the collection of personal data from event attendees, how the data will be used and/or if it will be shared.  Please go to https://www.actiac.org/act-iac-privacy-statement for more details on how we comply.  By registering for this event, as has been the practice for years, event sponsors are provided a directory of attendees which they agree not to use for mass marketing purposes.  In addition, by visiting an exhibition booth, just as at past conferences your badge would have been scanned, your basic contact information will be provided to the exhibitor in case follow-up or additional information needs to be shared.