In case you missed the event, here's some media coverage of the event:

ACT IAC is pleased to announce the first Network Modernization Forum to be held on Tuesday, June 19 at the Renaissance Hotel, Washington, D.C.

With the 2017 award of GSA's Enterprise Infrastructure Solutions (EIS) and the explosion of new technologies, the time to transform the government's IT and telecommunications into a robust, powerful and secure network is here!   Join us for a special all-day program featuring keynote speaker and Federal CIO, Suzette Kent expand on the Administration's IT Modernization goals and the key role that EIS plays.  An array of informative and interactive breakout sessions on acquisition, models and approaches, the business of modernization, modernization strategies and success stories will fill the agenda.  The luncheon program will feature engaging government/industry/EIS awardee table discussions focused on innovative ways to leverage the EIS contract to help move agencies toward their modernization goals and a lively panel discussion with agency leaders on EIS insights and perspectives.

Join us on June 19th for ACT IAC's "must attend" Network Modernization Forum!! 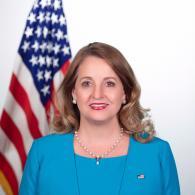 Morning Panel I: A Journey – Not a Destination – Learning Objectives

Afternoon Panel I:  The Business of Modernization – Funding and Budgeting – Learning Objectives

Elizabeth Cain, Acting Executive Director, Technology Modernization Fund Program Management Office, General Services Administration. Elizabeth Cain is the Acting Director of the GSA Technology Modernization Fund Program Management Office. Prior to taking on this role, she served as the GSA Deputy Budget Director, managing the budgeting and execution of GSA's $22 billion annual budget. She joined GSA in 2009 after graduating from Wake Forest University. Outside of work, Elizabeth volunteers as a tour guide at the Smithsonian National Zoo.

Dawn Caracci, Acting Director, Office of Acquisition Support, Social Security Administration. Dawn is currently the Acting Director of the Office of Acquisition Support in the Office of Acquisition and Grants at SSA.  She has been with the federal government for 27 years, beginning her career with the National Institutes of Health, Allergy & Infectious Diseases Institute before joining SSA in 2001.  She is FAC-C Level III certified and has an extensive background in many types of contracts, to include firm-fixed-price, cost-reimbursement, IDIQs, as well as various contracting methods involving GSA Schedule purchases, Blanket Purchase Agreements, and Full and Open Competition (commercial and non-commercial), from simple specifications to highly complex statements of work.  She has received numerous commendations in the form of Commissioner, Deputy Commissioner, and Associate Commissioner citations for her acquisition efforts at SSA.  Dawn is the Contracting Officer for her agency’s existing SSA Data Network Services (SSANet) awards under the GSA Networx program and the SSANet transition procurement currently being competed under the GSA Enterprise Infrastructure Solutions program.

Eric Cho, Project Lead, Procurement Innovation Lab (PIL), U.S. Department of Homeland Security. A DHS Office of the Chief Procurement Officer-sponsored initiative aimed at experimenting with innovative techniques for increasing efficiencies in the procurement process.  Eric also serves the role as the Acquisition Innovation Advocate for DHS.  Eric previously served as a DHS detailee on the House Committee on Oversight and Government Reform (2012–2015).  Eric’s former roles include director of acquisition operations at GSA/FAS Integrated Technology Services (2011–2012), detailee on the Senate Committee on Homeland Security and Governmental Affairs (2008–2010), and staff for the Acquisition Advisory (a.k.a. Services Acquisition Reform Act, SARA) Panel (2005–2007).  Before joining the government, he was director of operations at an Internet start-up in Southern California that specialized in MP3 and streaming media.  He is a graduate of the University of California at Berkeley and the George Washington University Law School and a member of the Virginia and District of Columbia bars.

Born and raised in Germany, Ms. Cooper holds an interpreter’s license from the German Chamber of Industry and Commerce, Bachelor of Science Degree in Business and Masters of Public Administration Degree from Golden Gate University, and a Master of Science Degree in National Resource Strategy from the Industrial College of the Armed Forces.  She is a Certified Professional Contract Manager (CPCM) and Fellow with the National Contract Management Association and a graduate of the Federal Executive Institute. Ms. Cooper is also a recipient of the DoD Meritorious Civilian Service Award.

Mike has been with DOT for 18 years fulfilling various roles providing services in networking, telecom and has broad experience with previous transitions including FTS2001 and Networx. Before joining the federal government, Mike worked with major telecom companies including Nortel, GTE and Verizon.

Chris Dorobek, the voice behind of GovLoop’s DorobekINSIDER, a blog and podcast that focuses on six words: Helping government do its job better. Previously, he was the anchor of Federal News Radio’s afternoon drive program and editor in chief of Federal Computer Week. He is currently writing a book on how to serve as a moderator. More information: cdorobek.com.

Previously, Margaret served as the Deputy CIO at the U.S. Department of Homeland Security (DHS). As the Deputy CIO, she oversaw an IT portfolio of $5.4 billion in programs. In addition, she managed the operations of the Office of the Chief Information Officer, covering the functional areas of Applied Technology, Enterprise Architecture, Data Management, IT Security, Infrastructure Operations, IT Accessibility, Budget and Acquisition.

Prior to her selection as Deputy CIO, Margaret was the Executive Director of the Enterprise Business Management Office within the DHS Office of the CIO. She developed and executed IT Portfolio strategies in alignment with the DHS Enterprise Architecture and established business processes for Capital Planning and Investment Control, departmental IT budget reviews and acquisition reviews. She also served as the Deputy Program manager for the Border and Transportation Security IT Integration Program. This program established the business case and the operational foundation for the current Infrastructure Transformation Program, which is the DHS roadmap for consolidating and securing the IT Infrastructure including networks, data centers, e-mail, wireless services, desktop services, and help desk services.

Margaret has 20 years of experience in the management consulting industry, where she held executive positions and also performed consulting engagements for clients. She has experience in the areas of systems engineering, business process reengineering, strategic planning, financial management, mergers and acquisitions and venture capital planning. She worked for several firms in the National Capital Region such as Technology Applications, Inc., Advanced Technology, Inc., and Planning and Research Corporation. She dedicated 10 years with A.T. Kearney, Inc. working for clients in the chemical, utility and medical services industries, as well as holding positions in financial and administrative management.

Fred Haines, Director, Supplier Engagement, General Services Administration. Frederick Haines is the GSA the Director of the Supplier Engagement Division and provides leadership in the performance management of nearly $3B in annual telecommunications purchases including infrastructure, commercial satellite, mobility, integration services, and specialized relay services.  He is also Program Director for the Enterprise Infrastructure Solutions (EIS) Program.  In this role he served as the chief architect for the overall scope and design of the $50 Billion EIS contract and directed the acquisition.  He is a 2018 Service to the Citizen and 2017 Federal 100 award winner.

Prior to this assignment, Mr. Haines managed the successful awards of the $5 Billion Connections 2, $1.8 Billion and $1.2Billion WITS contracts.  Mr. Haines has held leadership positions as the Deputy Assistant Regional Administrator and Network Services Director at GSA’s National Capital Region.  He also served as the Program Manager for the expansion of the Air Traffic Control System Command Center (ATCSCC) and as the manager for Leased Networks at the Federal Aviation Administration.

Mr. Haines is a graduate of George Mason University and has certificates from both Harvard’s Kennedy Senior Executive Fellows and OPM’s Federal Executive Institute.  He is a certified Level 3 FAC Project/Program Manager.

Acquisition Management provides oversight of strategy development, internal training for the acquisition workforce, and system support for executing ITC’s acquisition, some of the largest in government, such as Schedule 70, Governmentwide Acquisition  Contracts (GWACs) and Telecommunications contracts such as Networx and the upcoming EIS. Additionally, the office establishes training and development programs to ensure a trained, engaged, innovative, and forward-thinking acquisition workforce.

Mr. Nakasone started his civil service career in 1989 specializing in the field of Procurement with an emphasis in Telecommunications and IT Services, Hardware and Software.  Prior to joining ITC, Mr. Nakasone served as Senior Procurement Executive at the FCC overseeing the Acquisitions and Procurements, Contracting Officer’s and Contracting Officer’s Representatives Certification Programs, as well as responsible for the Small Business goals for the agency. Mr. Nakasone’s 24 years of work experience included:

David Naugle, Program Manager, EIS Transition Program, Social Security Administration. Dave Naugle has been working at SSA for almost 17 years.  For last 14 years, he has been working in the agency’s telecommunications division.  As a Senior IT Specialist, Dave provides oversight for approximately $1.5 billion of SSA’s telecommunication acquisitions.  Dave has a Bachelor of Science in Computer Information Systems and is PMP certified.

Mishu Rahman, IT Portfolio Management, Office of Management and Budget. Mishu is responsible for IT investment of multiple federal agencies and collectively manages the federal government’s $90B IT portfolio. Through agency CIO partnerships and policy functions, he promotes digital transformation strategies to deliver faster, innovative, and secure services to citizens and businesses with the aim of world class experience, to expand use of shared services and strategic sourcing to save taxpayer money, to open up government data estimated to be worth billions, and to enhance digital literary including workforce reskilling.

Before joining the Executive Office of the President in 2014, Mishu served various C-level advisory roles at DoD, DHS, and OPM in IT strategic planning, policy, governance, capital planning & investment control, risk, and operation management. He was an advisor to the Joint Staff CIO at the Pentagon, and prior to that played system engineering and program management roles in the acquisition and integration of multibillion dollar global military communication systems (satellites, ground networks, and hundreds of interoperable antennas across armed services). Within DHS, he was the regional IT operations director for Northeast and Northwest United States, enabling the Department’s risk based counter-terrorism operations. Mishu holds a Bachelor’s of Science degree in Electrical Engineering from Virginia Tech, a PMP, and has participated in the National Defense University CIO/CFO program and Stanford University’s Risk Management Cohort.

Francis Rose, Host, Government Matters. Francis Rose is an award-winning broadcaster, journalist, speaker, writer, and host of Government Matters on Washington, DC’s WJLA/ABC7 and NewsChannel 8. His guest list has included virtually every important name in the federal government. He has covered all three branches of the federal government as a broadcast journalist since 1998. Francis is highly sought-after as a speaker and moderator of high-profile events in the federal community. His 30-year broadcast career includes stops at America’s leading broadcasters, including ABC Radio, CBS Radio, Westwood One, and C-SPAN. News and talk radio trade magazine Talkers selected “In Depth with Francis Rose” for its list of the 250 most important talk shows in America in 2012.

Prior to starting Coastal Communications, Gary had a distinguished Federal career spanning nearly 35 years serving in the US Army and as a Civil Servant at GSA and the US Department of Health and Human Services.  During his Federal Service, Gary was involved establishing and transitioning services under many of the large GSA IDIQ contracts such as FTS2000, WITS, FTS2001 and Networx. He represented HHS on the former Interagency Management Council, Transition Working Groups and the NCS Council of Principles, leading Department/Government wide initiatives in network modernizations and IT consolidation.

Sponsorship Opportunities are Available
Create brand awareness within the government and with potential industry partners that share an interest and expertise in your "space." Contact Carol Miller, [email protected]