Attendees will be eligible to receive 4 CLPs for this event.

ACT-IAC events are intended to provide an objective and vendor-neutral collaborative environment where government and industry can work together on issues of mutual interest and forge relationships based on trust.  Attendees are requested to avoid using this forum for business development purposes. 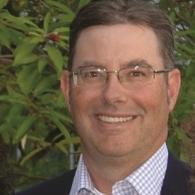 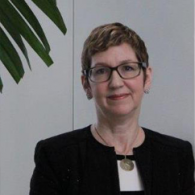 Suzanne B. Schwartz, MD, MBA
Associate Director for Science and Strategic Partnerships in the Center for Devices and Radiological Health (CDRH), Food and Drug Administration

Individuals seeking CLPs may obtain their CLPs by visiting the event registration desk at the end of the event or by sending an email request to training@actiac.org.

*Agenda is subject to change

Federal Innovation to Advance Mobile Health Privacy and Security
Panelists will discuss the healthcare ecosystem and their specific agencies role and contribution to maintaining regulations, serving the citizens, and fueling innovation while leveraging mobile technologies to their maximum potential. Topics to be explored will include security, privacy, data management, citizen protection, bring-your-own-device policies, mobile access, legacy systems integration, as well as discussions to understand how these federal partners will be addressing the future growth and expansion of mobile healthcare usage.  Case examples from their agencies as well as barriers and mitigation actions will also be discussed.

Risks, Security and Future Protection for Mobile Technology
Mobile technology has accelerated new applications in healthcare. The result has been an explosive growth of data, which has become a challenge for organizations and government agencies that need to store, access and share patient information. What steps can be taken to ensure data is protected? This panel will explore the lessons learned, best practices and new possibilities in managing risk and privacy.

Prior to this position, J.D. spent two years as a Vice President of KoolSpan, running the federal division for a Bethesda Maryland based secure mobile communications company.

J.D. came to industry after completing a 20-year career in the U.S. military where he served in a broad range of positions focused on national security, foreign policy and intelligence.  J.D. began his career as an Army Ranger and Apache Aviator stationed in Germany and South Korea and then transitioned to become a Military Attaché where he conducted diplomatic engagement and negotiations in over 30 countries throughout Europe and the Republics of the former Soviet Union.

J.D. received a Bachelor’s Degree from the United States Military Academy at West Point, a Masters Degree from Harvard University and an MBA from Mary-Hardin Baylor University.  Additionally, J.D. has served in combat operations in Iraq and Kosovo, earned a Bronze Star, and has experience working in sensitive intelligence operations.

I would like to take this opportunity to give you some information. I have over 17 years’ experience in the IT arena.  I am currently serving as Chief Technology Officer for Food and Drugs Administration. My career has seen the industry come full circle from mainframe/terminal servers to client/server computing returning to consolidated computing models, which encapsulate new technologies such as the government cloud. During my career I worked in the commercial and public sector giving me a unique experience and breadth of knowledge. My core competencies include: Infrastructure Operations, Capacity Management, Cyber Security, Project Management, Strategic Planning and Policy Development.

Prior to this appointment, I served as the Director of Infrastructure for the U.S. Department of Transportation since May 2014.  As the Director, I was responsible for managing Data Center operations, Networking, Telecommunication, Security, Technology Acquisitions, Cloud Computing, Office Automation, Policy Development and Customer application support for all of DOT. I also led the IT transformation program by publishing a comprehensive strategic plan to stabilize and modernize the environment by leveraging process re-engineering and innovation. I was also instrumental in modernizing the mobile and wireless networks. I leveraged the cloud environment to host critical applications in the government cloud. I managed the common environment and built an infrastructure to provide IT as Services to all DOT employees.

I also served as the Acting CIO for the U.S. Department of Justice Criminal Division.  As the Acting CIO, I was responsible for the overall IT program and Data Center management, cross-functional resource management, IT budgeting and implementation of commitments and metrics to meet business goals. I created a modernized mobile environment by building mobile applications and introducing smart devices to allow users to connect from anywhere at any time.  I also implemented a disaster recovery and continuity of operations solution that improved network availability and eliminated $3M in annually recurring expenses.  I was also responsible for managing Big Data and implementing tools for processing petabytes of unstructured data.

I lead and managed the security and operations for the systems infrastructure and operations at the Justice Management Division U.S. Department of Justice. I introduced platform and infrastructure as a service for various different agencies. I was also instrumental is devising an economical and dynamic charge back model for IT services.

I also held various managerial positions in private sector IT Departments that provided IT services and support for both International and Domestic customers specifically in the areas of enterprise data networking, Help Desk services, voice communications, Data Center, database operations and end user computing.  I earned Master of Information Management Systems from George Washington University. I look forward to working very closely to seek other opportunities

With more than 25 years of leadership and operating experience in technology, mobile, SaaS, cloud and telecom services, Anurag leads a talented team of innovators who are transforming everyday messaging technology into secure, highly scalable communication platforms that can be leveraged across a variety of markets and segments.

Prior to Infinite Convergence, Anurag served as Senior Vice President at Meru Networks (NASDAQ:MERU) and Chief Business Development and Sales Officer at iPass Inc. During his tenure at these organizations, Anurag played an instrumental role in the successful, multi-billion dollar IPOs for both iPass and Meru Networks. Anurag’s background also includes tenures as Vice President of Internet and Multimedia Services for British Telecom (Worldwide) and senior management roles at Sprint International.

Appointed by the Obama administration, Anurag previously served as a Director of the U.S. National Broadband Task Force (part of the Federal Communications Commission). In his role on the task force, Anurag helped develop a deeper understanding of global broadband policies, regulations and best practices. He was also a core contributor to the first-ever national broadband plan.

Anurag holds a B.A. in Economics from Delhi University, has attended the Senior Leadership Program at Harvard University’s John F. Kennedy School and is a Wharton Fellow at the University of Pennsylvania. A frequent contributor on wireless connectivity, broadband and related security issues, Anurag has received various industry accolades, including recognition by the Wireless Broadband Industry Alliance in the U.K. for exceptional individual contributions to the wireless broadband industry.

Nadia Morris is Head of Innovation at the AT&T Connected Health Foundry in Houston, TX ,  an innovation center focusing on digital health technologies by working with start-ups, and established companies. Her team is collocated at the Texas Medical Center Innovation Institute. They have access to design, technical, and business resources to move ideas from concept to commercialization in a collaborative, fast-paced environment.

Nadia has been awarded over 40 US patents, covering areas such as network security, streaming video, network connected drones, and software development. She earned her degree in Philosophy from Georgia Southern University focusing on Artificial Intelligence.

Mark is a Blue Button Innovator at the Center for Medicare and Medicaid Services (CMS) building a Blue Button Data API for beneficiaries using HL7 FHIR. He is also an Entrepreneur-In-Residence at NewWave Telecom & Technologies. Chief Instigator at HealthCa.mp, the leading HealthCare Un-Conference series. Mark is the Co-Founder and CTO at Medyear, which is building a mobile-first, integrated Consumer Health platform. Mr. Scrimshire is a thought leader in the consumerization of health, helping healthcare organizations grapple with the delivery of Protected Health Information (PHI) applications using Cloud technologies.

Suzanne B. Schwartz, MD, MBA,  Associate Director for Science and Strategic Partnerships in the Center for Devices and Radiological Health (CDRH), Food and Drug Administration.

Suzanne’s programmatic efforts in medical device cybersecurity have since evolved beyond response to include increasing awareness, educating, outreach, partnering and coalition-building within the Healthcare and Public Health Sector (HPH) as well as fostering collaborations across other parts of government and the private sector.

Suzanne chairs the CDRH Cybersecurity Working Group which is tasked with formulating policy on medical device cybersecurity on behalf of the Agency. She also serves as co-chair of the Government Coordinating Council (GCC) for the HPH Critical Infrastructure Sector, focusing on the sector’s healthcare cybersecurity initiatives.

Ruth does both policy and law enforcement work for this division, which enforces federal laws that protect consumer privacy and data security.   Her portfolio includes Internet of Things and mobile data issues.  Previously, in the Division of Marketing Practices, she engaged in law enforcement and policy work on issues such as spam and telemarketing.  Ms. Yodaiken has often dived into the intersection of consumer protection and communications law.  Prior to joining the FTC, she was an attorney at the Federal Communications Commission.

Chris joined the US Department of Health and Human Services as Executive Director, Office of Information Security (OIS), and Chief Information Security Officer (CISO) in January 2017 He provides vision and leadership for developing and implementing information security technology initiatives and will lead the cyber-security program across HHS with a goal to foster an enterprise-wide secure and trusted environment in support of HHS' commitment to better health and well-being of the American people.